An influential local blog called Surrey604 partnered with David Smith from David Smith Homes to get an exclusive, behind-the-scenes look at one of Century Group's most exciting projects: 3 Civic Plaza. In the premier episode of The Local, a Surrey-based web series that focuses on building up our local communities, 3 Civic Plaza is recognized as a local icon that will be alive with visitors, residents, students, government and business people in Surrey.

The episode 3 Civic Plaza - An Icon Arises, places emphasis on the project's identity as more than just the tallest tower being built in the City of Surrey, but a community. We were asked to share what makes 3 Civic Plaza iconic to the current Surrey community, such as, Prado Cafe's plans to move into Surrey and a first look at Civic Hotel, Autograph Collection. As we head closer to project completion date that is projected for Fall 2017, we're happy to see unified support from the City, partners, and other guests, including:

We want to extend our appreciation, as without the support and recognition from the local community, partners, and staff, 3 Civic Plaza will not have been as well-recognized and successful as it is today. 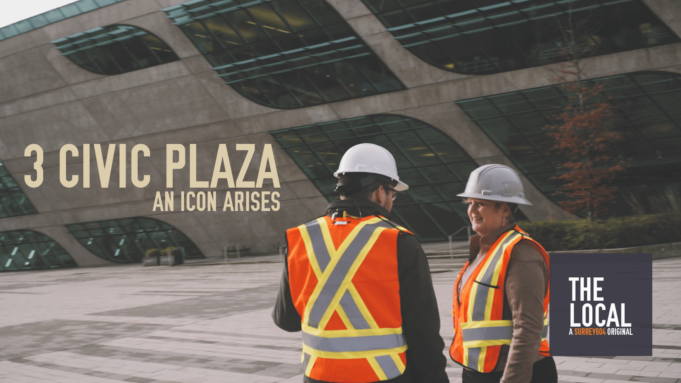