The Waterford has eliminated two tons of waste each month. Each week, The Waterford diverts over 250 pounds of food waste out of our landfills and into the Metro Vancouver composting program.  An extra benefit of joining the food composting program is that we have greatly reduced a Health and Safety risk in the building – the risk of lifting heavy garbage bags. This risk alone caused two work place injuries in 2010 totalling over 300 lost days.

Now that we have eliminated heavy lifting for the Kitchen Team we have committed to do the same for the Independent Housekeeping Team. No longer will Independent Housekeepers have to lift their heavy garbage bags into the bins in the garbage room.  Each day Housekeepers will collect their garbage in a large grey trolley which will be emptied by Craig and Joel each morning.

Soon we will be adding more items to our in house recycling program and we will be eliminating one weekly pick up of a large green 3 cubic yard bin. According to theU.S. Environmental Protection Agency, 3 tonnes of Greenhouse Gases are removed from the atmosphere for every ton of garbage diverted from the landfill.

By eliminating our food waste from going into the landfill and by reducing our garbage bin pickups from four to three, we have eliminated, on average, 2 tonnes of waste each month from going to the landfill. That totals 24 tonnes for the year, which is the equivalent of 72 tonnes of Carbon Dioxide no longer ending up in our atmosphere.

What does a tonne of CO2 look like? Check out this art exhibit in Copenhagen as a reference for what a ton of CO2 looks like. 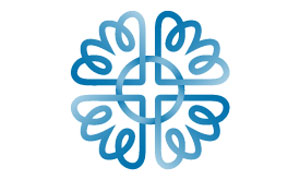