Century City Holland Park with four towers, is a master-planned mixed-use transit-oriented neighbourhood at an important Surrey City Centre destination and crossroads. For several years, Century Group has owned this 3-acre site, directly opposite King George SkyTrain Station and immediately adjacent to Holland park— Surrey’s premier downtown public park and has carefully planned a development that embraces all of the principles of the Surrey’s City Centre Area Plan.

The plan includes a 204 suite 19-storey market rental apartment building and a 10-storey office building, both fronting on King George Boulevard, a 42-storey condominium apartment building in the site’s southwest corner and a 36-storey condominium apartment building in the site’s northwest corner. Along King George Boulevard will be an active retail/commercial frontage directly across the street from the SkyTrain Station, creating a mixed-use podium on top of which will be an expansive courtyard between the four towers, providing richly landscaped and programmed public and semi-private spaces, activated around the theme of food and urban and agriculture. This courtyard space will create a sense of community among on-site residents, office workers and visitors, allowing them to flow across a new parkside street and enjoy the open space of Holland Park. 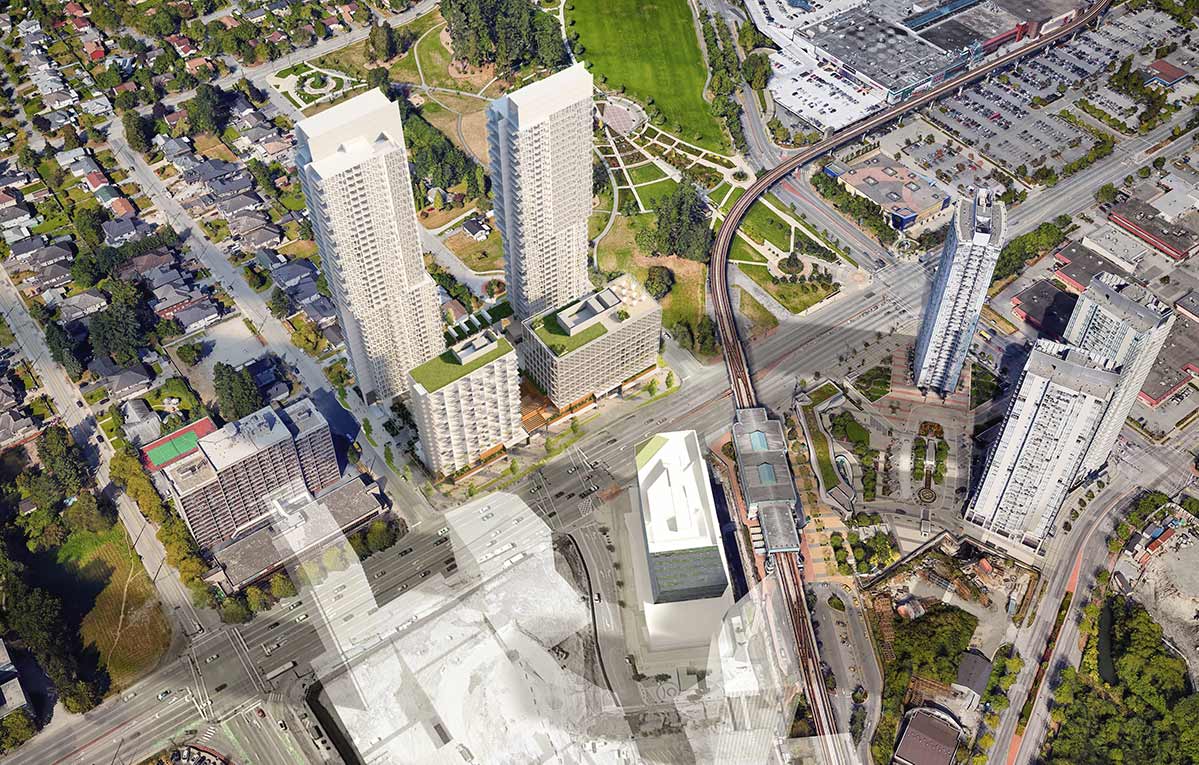